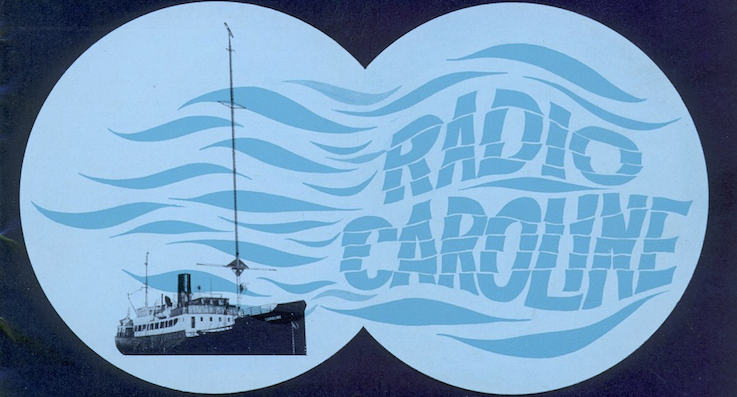 The Radio Caroline Bible is now available and tells the inside story of Radio Caroline, from the very beginning – right up to date. A story packed with disasters, boardings, adventure, excitement and copious amounts of skull-duggery.

Over 500 pages long, there are many inside tales about the major events from all of Caroline’s four eras. This story is different – it’s told by many of the key people who made Radio Caroline happen. It contains unique content & many ‘never published before’ photos among the 340 illustrations. It’s chronologically correct, fully indexed and will surely become a real collector’s item.

It has a gorgeous full-colour cover showing the Ross Revenge in all her magnificence with the tall tower at the Falls Head anchorage, site of her final broadcasts at sea.

“This is a real look behind the microphone, exploring many of the operational secrets of the Caroline organisation,” says author Paul Rusling. He has worked in the radio industry (including a period with Radio Caroline) for many years. He has written a dozen books, half of them about radio including three about Caroline’s rival, Laser 558.

“Caroline’s activities have always had to be cloaked in clouds of mystery. The original team, including aristocrats and a member of the Royal family, didn’t want others to know they were involved. Once UK legislation made it illegal, even tighter security methods had to be deployed as the Radio Caroline team played ‘cat and mouse’ with the authorities.

Radio Caroline is the world’s most famous offshore radio station. It began in 1964, has used five different ships and once had over 20m listeners. The station was responsible for many innovations in music radio and was Britain’s first all day music station, the first album station and has helped launch the careers of many major music stars. Caroline’s last radio ship is now moored in an Essex river and broadcasts daily on medium wave, DAB and online.

There are contributions from all the major players in the Radio Caroline story, not just Ronan O’Rahilly but all the key secretaries, PAs, and station managers in the 60s, 70s and 80s. It looks at those who funded the ships and explains why they did so.

° Full details can be found on the Caroline Bible’s own web site.